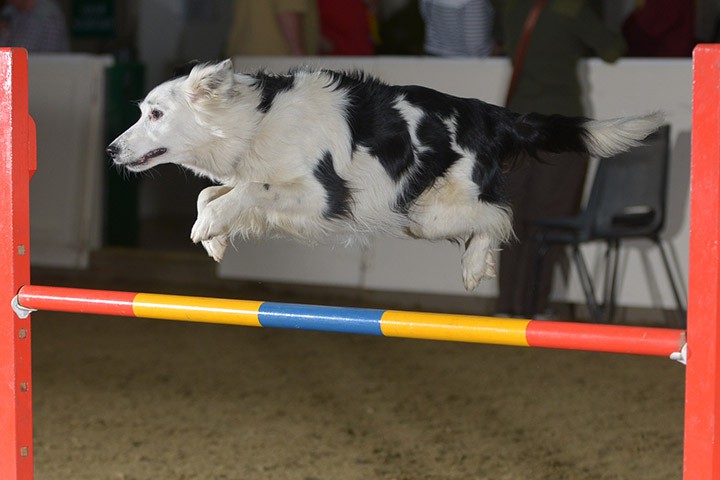 As part of the Photomart demonstration team at The Photography Show a number of questions were raised by customers as to what the lights were capable of. Although the lights had been fully tested I wanted to expose them to the rigours of an event photographer’s typical mixture of jobs.

On Friday the lights duly arrived so first thing was to charge batteries and get out and use them. So just over 200 images later at the Military function and nothing to report. By nothing I mean they did just what I wanted and running at quarter power on the main and eighth power on the hair light there was no need for an additional battery for the nights work. Back home and put the batteries on charge for their next tasks.

Saturday morning started with a battery test as many had asked just how many full power flashes can it can do. I got 344 but as I said I never needed to run at that power level. Next task was to tune up my PocketWizard TT1/TT5 combination to test High Speed Sync on the other light. 5 minutes of adjustment and I was getting 1/8000 second synced. Not sure you would be interested in pictures of my garden wall though.

The traditional way to use high speed sync was via a leaf shutter such as a Hassleblad which would give you 1/800 second flash sync. Move on a few years and the likes of Nikon and Cannon introduced some clever tricks whereby they pulse their hot shoe flashes at a very high rate so that you can get high speed sync. Nikon call it Auto FP and Canon “High Speed Sync”.

Those solutions were fine but pulsing a hot shoe flash reduces the power output and therefore the effective range. There has been another way that you could achieve high speed sync using studio lights by adjusting when the lights fire relative to when the trigger is released. This technique is usually called “long tail sync flash” – the problem being that it was not readily available until PocketWizard introduced their utility to tune their triggers a couple of years ago. Since them a number of manufacturers have released their own version of tuneable triggers.

More on that later as I had to go shopping with the Boss.

Saturday evening was a small Masonic function and due to the limited numbers the hotel did not clear the usual area and we ended up shooting in an entrance hall Having the Ilux Summits proved to be a real bonus as without cables we could put the lights where we wanted and then pick up and move again to form different lighting patterns. Having an Alloy body meant that there were no concerns about the size of modifier I could use, unlike some other battery lights I have used, they are built as strong as any studio lights.

2 jobs down and not an image I can use to show what they are doing so on to Sunday’s job where I was hoping to set up a small studio to photograph dogs. The lights would have been ideal but as the Agility show was taking place in a Dressage arena one of the judges said flash bouncing off the mirrors could distract the dogs. I did however get a test shot arranged to test the high speed sync. Set the 2 lights up and realised I had only brought one trigger so time for a bit more testing. If I trigger 1 light from its inbuilt slave sensor would it be quick enough to use alongside the other high speed triggered light? I am more than happy to report yes. For that I have an image.

So where do these lights fit in the bigger scheme? They offer a different solution and will allow me to do things that swinging around a big heavy battery that restricts where my lights go, I can even hand hold the lights so it is not where can I use them to do what I did before, but that there are new things that I can now do.

As can be seen on the back panel you have settings for the radio channel, a socket for any other flash trigger along with an LCD display with all the buttons required to set up the head. 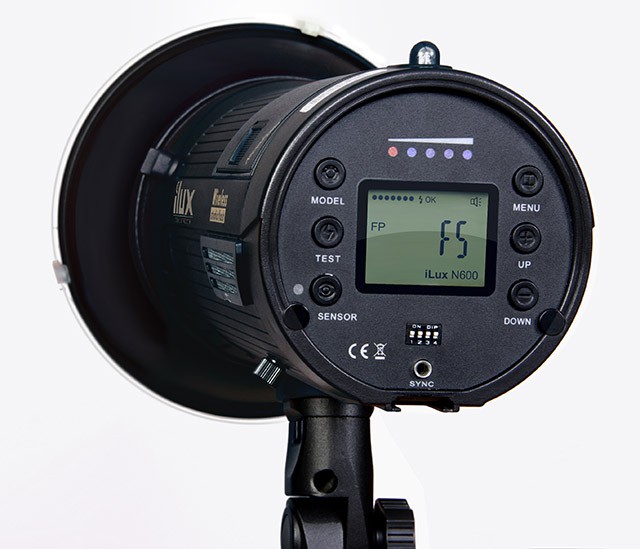 This view from the side is with the lighting stand attachment fitted and then there is the option of a pistol grip for hand holding. All you need is a voice activated lighting stand.

So when you are looking for a photographer to cover your event consider one who the manufacturers trust to test their kit.