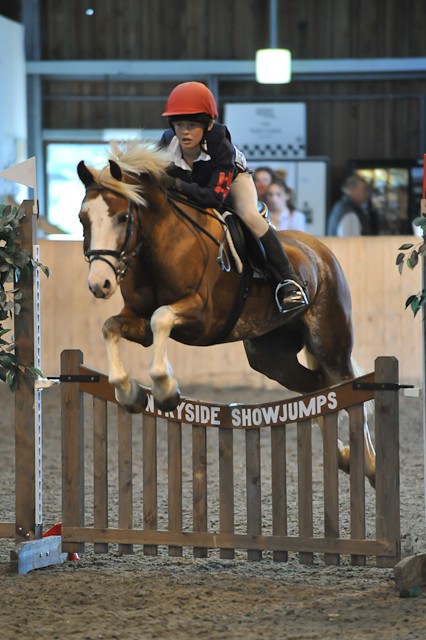 The real answer is that only a few years ago it would have been impossible to take the pictures on film that we now take with Digital Cameras, but even some of these are not very good.

The problem is that in the very low light of an indoor equestrian centre the camera has to amplify (magnify) the light many many times to make an image and most cameras just do not do the job well enough. Just because a photographer tells you they have spent £1,000 on a camera does not mean that they will do this well as the cameras used by professional equestrian photographers will cost a lot more to do this work well.

Each type of light has a different effect on the colours in the photo and again it is only the best equipment that can actually deal with such issues. Mixing daylight from clear panels in the roof with the different electric lights makes it further more complex to deal with succesfully.

It is very difficult to know which cameras perform well in these conditions so the only thing you can do is ask to see actual images taken in the conditions where your competition will be held. This image was recently taken at Sparsholt under conditions where many cameras would definitely struggle, but I hope you agree that this is an example of how it can be done.

Equestrian Image taken in Low Light with a Professional Camera

Why are indoor equestrian photographs all grainy? was last modified: May 5th, 2020 by mike weeks